Medical malpractice defense lawyers at Florida law firm Lubell Rosen successfully defended a local physician who had been charged with negligence after his patient died of a pulmonary embolism hours after she fainted at home. Eliza Miller, 67, suffered an out-of-the-blue fainting spell in the early morning of Oct. 14, 2011. She was taken to the emergency room at Lawnwood Regional Medical Center & Heart Institute in Fort Pierce, Florida, where several doctors attempted to diagnose the cause of her fainting.

The Particulars of the Case

At the emergency room, Mrs. Miller was treated by the ER doctor, then by her family physician, Dr. Dwight Dawkins. A cardiologist and neurologist also examined her while she was in the ER. Dr. Dawkins prescribed a dose of Lovenox®, a blood thinner, around 10 p.m., several hours after she was admitted. Mrs. Miller went into cardiopulmonary arrest shortly thereafter and died just after midnight.

An autopsy report indicated that Mrs. Miller’s cause of death was a massive pulmonary embolism. She suffered a saddle embolism, in which both branches of the pulmonary artery are plugged. In addition to the saddle embolism, Miller also suffered showers of small emboli that most likely caused her to faint earlier on the day she died. Based on this report, Miller’s husband filed a lawsuit against the ER doctor, the ER staffing team, the cardiologist, the hospital and Dr. Dawkins, her primary care physician. Miller’s husband settled with the ER team, ER doctor and the hospital before the trial, and the case against the cardiologist was dismissed.

However, Dr. Dawkins faced accusations of medical malpractice for failing to suspect or diagnose the pulmonary embolism in his treatment of Mrs. Miller. The plaintiff argued that none of the doctors who treated Mrs. Miller that day ordered tests to rule out or check for an embolism. But according to the defense at Dr. Dawkins’ trial, Mrs. Miller had not exhibited any symptoms that are normally attributed to a pulmonary embolism, such as shortness of breath, chest pain or coughing up blood. In fact, she seemed to be suffering from heart complications, and given her medical history, Dr. Dawkins focused on that.

Mrs. Miller had suffered a heart attack five years before her fainting spell, and she was obese. Dr. Dawkins and the cardiologist had been monitoring her for heart problems for several years and suspected that as the cause of her fainting spell when she came to the ER. She also tested nearly perfect (99 out of 100) in an oxygen saturation test, which directed her doctors further away from the pulmonary embolism diagnosis.

At trial, Steven Lubell, Esq., argued that “four different specialists saw [Mrs. Miller]. All four are very familiar with pulmonary embolism. They treat it, deal with it on a daily basis, and none of the four doctors thought pulmonary embolism was even a possibility.” Dr. Dawkins and the others who treated Mrs. Miller were consistently led to believe that she was suffering due to a stressed heart, based on her symptoms and test results. After a 45-minute deliberation, the jury ruled that Dr. Dawkins was not liable for the patient’s death.

Lubell and the rest of the medical malpractice defense lawyers at Lubell Rosen represent doctors and other health care professionals who have been charged with negligence or malpractice in Florida. If you are facing legal action, contact a Lubell Rosen attorney for a free, no-strings consultation today. 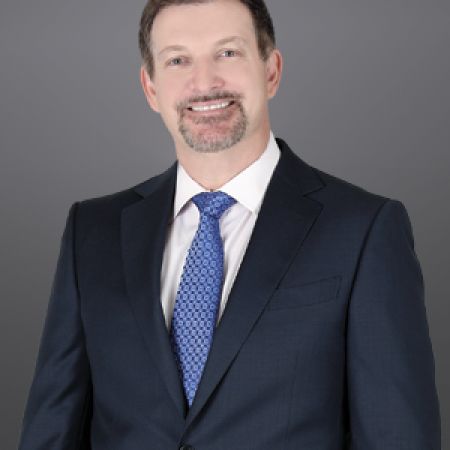 Lubell wins trial against radiologist who gets tripped up during his deposition and unwittingly admits his own negligence.

If you get an EEOC Complaint you need an Employment Lawyer from day one.
2 months ago
48
3 min to read

Can I Require My Employees to be Vaccinated for COVID?
3 months ago
58
3 min to read

Hurt in an Accident? Why You Should Call a Personal Injury Attorney ASAP
3 months ago
61
3 min to read