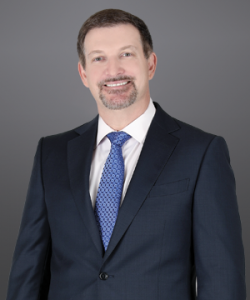 Steven L. Lubell, Esq is a Founding Partner at the law firm of Lubell Rosen. Mr. Lubell is a Board Certified Trial Attorney by the Florida Bar and has an “AV Pre-eminent” rating by the Martindale-Hubbell Directory of Attorneys. Board Certification is the highest level of evaluation by the Florida Bar. Less than 2% of all attorneys achieve such status in their career.

Mr. Lubell represents individual doctors and large medical practices in the areas of medical malpractice defense. With an outstanding success rate at trial, several of Mr. Lubell’s cases have received national headlines. In addition to medical malpractice defense, Mr. Lubell represents doctors before the Florida Department of Health. Mr. Lubell began his career in 1994, graduating from the University of Florida law school, with honors. Mr. Lubell is currently licensed to practice in Florida, New York, New Jersey, Michigan, Texas, Pennsylvania, and the District of Columbia. Mr. Lubell is also licensed to practice law in Federal court.

In 1999, Mr. Lubell and Mr. Rosen formed the law firm of Lubell Rosen. Initially, Mr. Lubell developed his trial skills handling auto injury and Personal Injury Protection (“PIP”) trials. These matters introduced Mr. Lubell to many doctors in the medical community. Mr. Lubell discovered that many of the doctors he met had no legal representation because they carried no malpractice insurance, commonly referred to as “Going Bare”.

In 2004, Mr. Lubell shifted the focus of his practice to the representation of Bare doctors. Bare doctors needed legal representation as much as insured doctors; in fact, they needed it more. Mr. Lubell discovered that plaintiff attorneys would frequently attempt to bully Bare doctors into settling defensible cases, simply to avoid paying attorney’s fees. At the time, there was not a single firm catering to the needs of Bare doctors, despite a growing population, especially in the State of Florida where insurance premiums were exorbitant. So in 2004 Mr. Lubell and Mr. Rosen started “Pre-Paid Legal Defense for Doctors”. Instantly, it put Lubell Rosen on the map. Since 2004, Lubell Rosen has represented approximately 2000 Bare doctors for medical malpractice defense. Lubell Rosen continues to be the only firm dedicated to representing Bare physicians. Mr. Lubell developed defense strategies, that are still used today, designed specifically for the Bare doctor.

As a founding equity partner, Mr. Lubell oversaw the firm grow from a small boutique trial firm to its present size, representing doctors and professionals throughout the state of Florida. Today, Mr. Lubell is considered an “expert” in the field of civil trial law. He is one of the foremost authorities in Florida in the unique strategies involved in representing Bare doctors and has represented more Bare doctors than any attorney in the State of Florida.

Get ready defendants, the trial blitz is here! On April 30, 2021, The Florida Supreme Court implemented a new fast track system with the hope of getting all pending and new civil cases tried as soon as possible.
Read More...

On June 25, 2019 the Governor of Florida approved SB 732, a new statute modifying the rules related to office surgery and surgical centers. The question many bare doctors in Florida are asking is whether SB 732 requires doctors working at surgical centers to carry malpractice insurance. The answer is no it does not.
Read More...

In Florida, primary care physicians, specialists and other health care professionals can opt out of medical malpractice insurance coverage in a practice known as “going bare.” Going bare allows doctors to avoid paying high insurance deductibles and monthly or annual premiums, but without adequate legal support, it can be a risky decision, especially in today’s increasingly litigious society.
Read More...